About Back in the Day 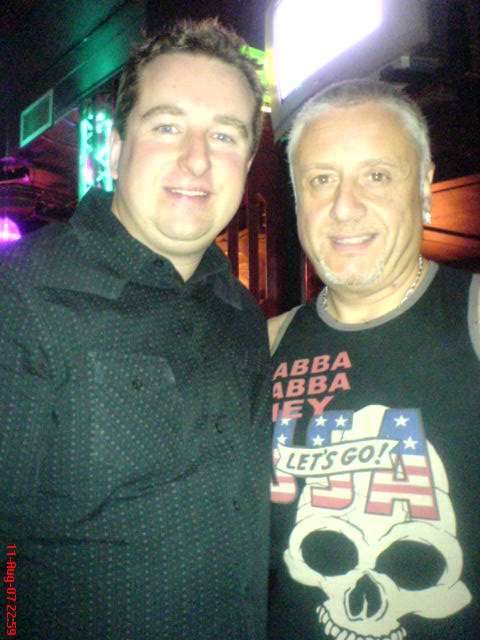 AHB: So mate, it has been a while, what’s happening?

Leo: Well, we are picking up where we left off, just had a few years’ break .

AHB: How and why?

Leo: Well, I got an invite from Phil Beckett (Bop Local) and he asked if I would like to come back and be a guest on one of the Bop Local nights. I absolutely loved it, and I think the crowd did too, a few old heads from the Venue turned up, also my fiancée Julie has been the biggest driving force behind me since coming back, my harshest critic, brutal, honest but knows her stuff.

AHB: You have shown me some of the emails and enquires you have had asking for gigs etc. Why the sudden interest?

Leo: Well the best people to ask would be Tom O’Toole, Phil Beckett and Alison Bell from Bop Local. They saw a gap in the market and went for it. The generation that were out clubbing in the 80s and 90s have resurfaced, the matures still living the dream, how good is that!

AHB: Apart from the age is there anything surprise you about the people who turn up?

Leo: Some of them bring their kids!

I was doing a Northern Soul set the other night and on the floor were these kids, about 19 or 20. They were ripping the floor up, proper northern dance moves, absolutely amazing. After the gig I caught them on the way out and complimented them on their dancing and asked them where it had come from and they said that is all their parents played whilst they were growing up.

AHB: Your Tag line use to be “From the Supremes to the Stone Roses” anything changed?

AHB: I noticed on the website that you say “not suitable for weddings and 21sts, what’s all that about?

Leo: To be honest it’s a bit tongue in cheek. I have done weddings BUT it tends to be their 2nd or 3rd, which on average is the mature couple [laughs]. For a 21st, well, I have no idea what they are listening to.

AHB: Even though you only play tunes from back in the day is there anything you play from now.

Leo: Well to be honest there so many DJs out there doing it and do it well I don’t see the point. But, I may slip the odd one in.

AHB: What do you think of today’s DJs

Leo: Awesome, technical, some of these lads and girls are fantastic! In saying that though, I'm not sure how they would cope in an alcoholic fuelled, demanding environment with the landlord down your ear about sound levels, last orders announcement - and someone mithering for a tune that you have already played but they're so pissed they can't remember. Who knows lol.

Leo: It has been great to be involved in the launch of Tracey & Chris Donnelly’s new night, Happy. Warming up for bands, pub rooms, festival tents and some house parties, BIG house parties [laughs].

I think it was about May 1972 at the Formby Hall in Atherton when I saw Emperor Rosko. Being a great fan I was in awe of him but I did leave the gig thinking “I can do better than that” . Nothing personal Emperor!

It was not my first attempt into music, I did try the guitar, but my efforts were not as good as playing the tennis racket in front on the bedroom mirror. Doing what was the first karaoke and air guitar combination. Jimmy Page was lucky I never made it into a band! [

I think I’ve been very lucky. Like all music lovers of a similar age, I have had the privilege to experience and be a part of so many genres of music and fashion.- www.identity-manchester.co.uk

We were born at the right time

From my first gig at Tyldesley Labour club (circa 1977) to guest at the Hacienda, courtesy of Dave Haslem. I did and still do love it all.

The in-between bits are everything from mobile disco, Leisure 2000, Mecca Ballrooms, Deville’s, Lazy Lills, Manhattan, Stuffed Olives, 42nd Street, Wigan Pier and the of course the best, The Venue next door to the Hacienda